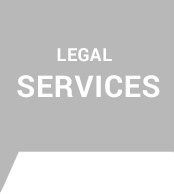 HOLDING
STRUCTURES
IFRS are used as
national standards
in many jurisdictions of
registration of international
holding structures,
for example in Cyprus…
More
Details

Our client (a trade holding) turned to us with an interesting task to develop variants of organizing the legal structure of business ensuring a proper business control through direct or indirect participation. It was also required to create a single decision-making center and to ensure the safety of key assets (fixed assets, products, trademarks and patents, accumulated customer base, etc.). Besides, it was required to foresee diversification of legal and tax risks and to develop an effective tax planning model.
After examining the client’s business, experts of ACG Sozidaniye i Razvitiye developed a corporate structure of the business providing safe asset ownership and the most optimal corporate structure of the business allowing to minimize management costs and to increase investment attractiveness of the holding. Changes in the structure of economic relations within the company alongside the change of tax planning model provided getting additional funds for business development and strengthening its security from the regulatory authorities’ claims. After presentation of the proposals to the business owner, the project was decided to be fulfilled.

A client who had been illegally dismissed and incorrectly assessed and paid off turned to ACG Sozidaniye i Razvitiye for help. Employees of ACG Sozidaniye i Razvitiye revealed serious violations in calculating the amount of payment made by the employer and the traces of illegal dismissal. At the end of the trial our client was reinstated and awarded compensations, including compensations for the time of enforced absence; then he was dismissed with adequate compensation payment.

Our client, a large-scale producer of paintwork materials with long-term successful experience in the Russian market, has detected the fact of illegal selling of paints under its own brand. Our client was the legal owner of the trademark, so the staff of ACG Sozidaniye i Razvitiye by doing substantial work resolved the problem under a pre-action protocol. We managed to stop selling of counterfeit goods, and our client received a large compensation from the person who had violated the exclusive trademark right.

A state research enterprise faced a serious raider attack aimed at artificial bankruptcy of the enterprise and subsequent occupation of its expensive assets (real estate properties in Moscow). Besides, numerous scientific discoveries and inventions registered in the name of the company were threatened. A talented research team with long-term experience faced conditions making further research activities impossible. Complete inspection of the enterprise conducted by the lawyers and auditors of ACG Sozidaniye i Razvitiye revealed signs of deliberate bankruptcy and thoroughly reflected it in a written report. Subsequent petition of the enterprise to law enforcement agencies with the arguments set out in the written report allowed to defeat the raider attack.
A client of Sozidaniye i Razvitiye purchased from another company under the claim assignment agreement a claim right to a commercial bank. Later the Moscow Arbitration Court initiated bankruptcy proceedings in respect of the bank. Due to the liquidation of the original bank’s creditor, inclusion of the acquired claim of our client into the list of creditors’ claims was disallowed. In such circumstances, the client was threatened to establish their requirements over the list of creditors’ claims, which reduced to zero the chances for debt recovery. The lawyers of Sozidaniye i Razvitiye managed to judicially include cash claims of the client into the list of creditors’ claims to the bank. Timely involvement of legal professionals in the case of bank bankruptcy allowed confirming the validity of the client’s claims as soon as possible. The client currently receives the proceeds from disposal of the bank’s assets.